QUAIL RIDGE BRITTANYS
INDY
Indy was sired by 1 X NSTRA CH Bob's Tread Tracker (Tread). Indy's pedigree (see below) is heavily loaded with some of the best dogs to ever compete in NSTRA. This includes a three way cross of Nolan's Last Bullet (Buddy) at the Great Grandsire level and once again at the Great, Great Grandsire level. Buddy is the winningest dog of any breed in the history of NSTRA.
Indy is the dog pictured in our logo. Physically, he is a large, strong, and durable Brittany weighing more than 45 lbs when he's in running shape. He is also a smart, hard hunting dog with a terrific nose. When hunting in open country he will range out several hundred yards and has been known to cover more than 20 miles in a day based on GPS. However, when hunting thicker cover for grouse and woodcock he tends to stay closer, rarely ranging out more than 100 yards (see video below).
Indy is an outstanding hunting dog, and we fully expect him to produce tremendous hunting and field trial pups.

VIDEO OF INDY
This video is of Indy hunting woodcock in Wisconsin when he was 2 years old. We had been hunting for several hours and were walking back to the car when he went on point. It took me a while to get to him, but I included the entire video to give a sense of his steadiness. My first shot took the top out of a tree, but I managed to connect on the second shot. I was "hacking" Indy more than I needed to on the retrieve. He was  actually doing just fine without my input.
As you'll see, Indy is fully steady to wing, shot, and fall in the video. However, I have more recently started letting the dogs break at the flush or shot. 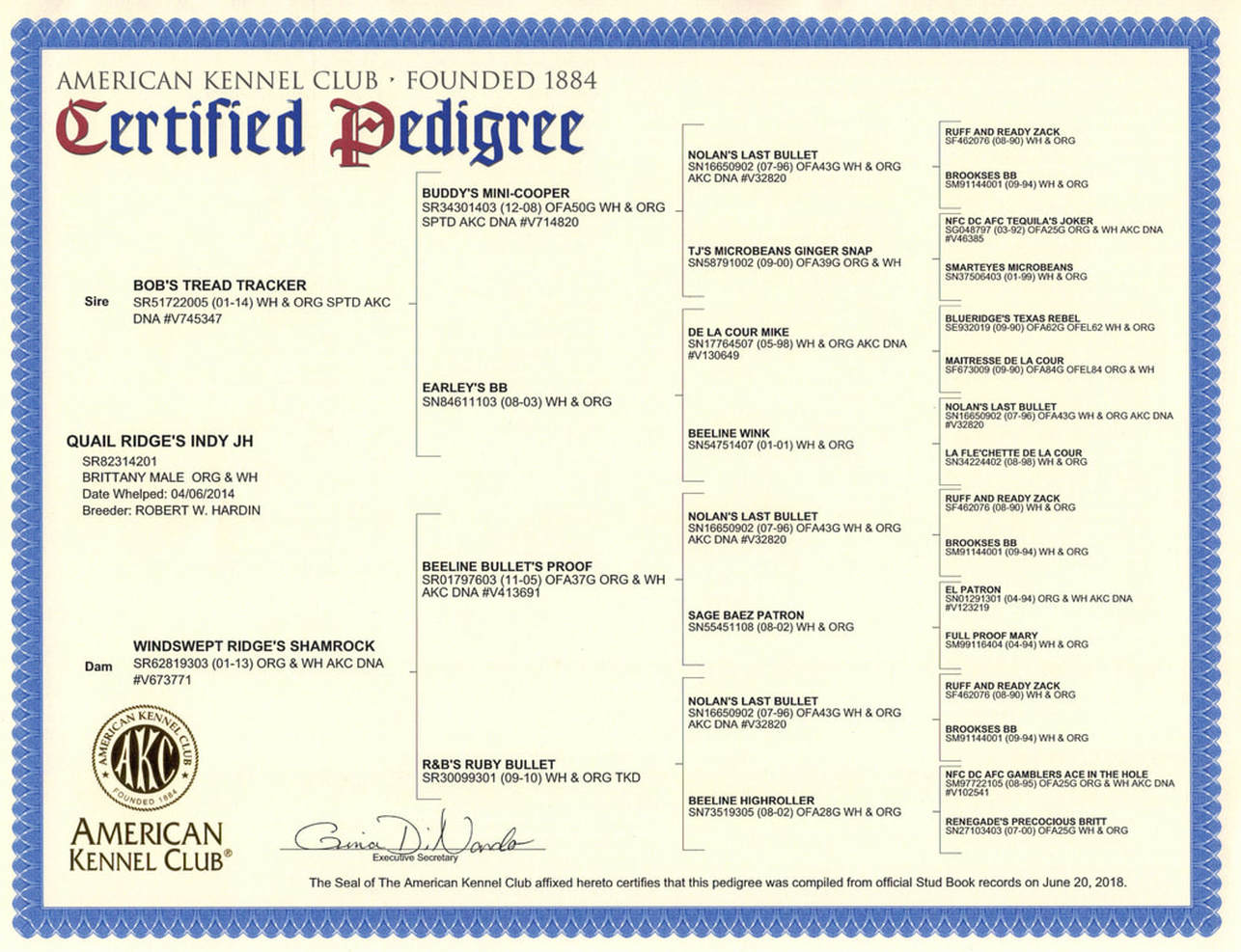